Why Do You Keep Seeing Repeating Numbers? (All Meanings)

Many people keep seeing repeating numbers throughout the day, but have no clue what to make of them. Is it a coincidence, or something more?

This guide will help you understand the meaning behind constantly seeing repeating numbers. It’s not as confusing as you might think!

What Are Repeating Numbers?

Repeating numbers are an interesting phenomenon that feels like it’s following you around. You might see repeating numbers that form a distinct pattern no matter where you look.

These numbers can appear everywhere! You might see 11:11 or 12:12 on the clock. Alternatively, you could see the familiar $9.99 on a price tag or $77.77 on a cash register screen when buying groceries. Repeating numbers can even pop up on billboards or advertisements you pass on the way to work.

Either way, these numerical patterns are hard to miss. They form a natural pattern that stands out more than a random arrangement of digits, making them stick out much more in your mind.

In mathematics, repeating instances of the same digit in a larger number is known as a repdigit. But for the average person that keeps seeing repeating numbers, it’s more than enough to catch their attention and make them wonder exactly what’s going on.

Why You Keep Seeing Repeating Numbers

So why do you keep seeing repeating numbers? Is it a coincidence? Are you going crazy and imagining things?

Before you start worrying about your mental acuity, know that you’re not alone. People identify numerical patterns like this all the time! The universe works in mysterious ways, and those sightings can be more than meets the eye.

There are a few different reasons why you’re constantly seeing repeating numbers appear before you. Here are some of the most common interpretations of these unique number-based sightings.

People who are spiritually inclined often say that repeating numbers are direct messages from your unseen guardians. They’re known as angel numbers.

Angel numbers are a subtle form of communication from the spiritual realm. Everyone has guardian angels. They can be protective spirits or even your ancestors watching from above.

Either way, your protectors will watch over you and guide you in the right direction during all of life’s crossroads. But of course, they cannot speak to you directly. Instead, they use subtle signs like angel numbers.

Angel numbers are random sequences of digits that appear to you repeatedly. You can see them everywhere, forcing you to take notice!

These patterns come in a myriad of forms. Some are sequential, while others are more arbitrary. The most stand-out angel numbers are those that include repeating digits!

In numerology, every individual digit holds a unique meaning. The best way to decipher what message you need to take from an angel number is to break it down. Look at the potential meanings for each digit to form your conclusion!

Generally, the number 1 represents independence and new beginnings. The number 2 is about personal growth and togetherness. Meanwhile, 3 represents wisdom while 4 is self-expression and love.

Those are just a few examples. This realm is complex and vast, so we won’t get into all the details here.

The unique thing about repeating numbers is that it usually indicates a greater concentration of energy. Whether it’s several 1s in a row or a pattern of 12s, think of it as an amplification. The message is strong, and your protectors want you to hear it loud and clear!

But if you’re interested in learning more about those repeating numbers, look into angel numbers. It’s a great way to get more insight and absorb every message from your guardian angels.

2. You’re Unknowingly Seeking Them Out

Believe it or not, some people inadvertently force themselves to keep seeing repeating numbers without realizing it.

When you first notice these patterns appearing in your everyday life, you might go into panic mode. What is the universe trying to tell you? Should you be worried?

It’s easy to stress out about these sightings. Many people will look into it and learn more about its potential meanings. That’s why you’re here, right?

But when you become more aware of these numerical signs, your brain can become hard-wired to find them! Humans have a natural inclination to identify patterns in the wild. That’s why it’s easy to see something out of nothing or mistake a few optical illusions for something more.

Your brain wants you to find patterns, and knowing about angel numbers and the importance of repeating digits could actually make you keep seeing them.

For example, you might wait for the right moment to look at your watch or smartphone so that a pattern like 11:11 appears to you. Alternatively, you might look up at just the right time during your commute to see that 333 mailbox number you pass daily.

Those patterns already exist in your everyday life. But now that you’re more aware of the patterns, you subconsciously seek them out. It’s not up to you to control what your brain sees and notices. It’s entirely out of your hands, and this weird habit often comes without any notice or understanding.

You might not even notice you’re doing it until you stop to think about it.

While there’s nothing wrong with becoming more aware of the unique number patterns you encounter regularly, you must understand that those don’t always come with any message or importance. That’s the most prominent issue people face when they unknowingly seek these numbers out.

Genuine spiritual messages are more than just a coincidence. But these regular sightings in your everyday life? Those are truly random occurrences with no life-changing meaning to absorb.

Constantly expecting to experience something transcendental or meaningful is like a form of self-sabotage. You expect there to be some great significance to those numbers. But in reality, you never get the results you desire or expect.

3. It’s A Sign You’re In Touch With The Universe

It can also be a sign that you’re in tune with the universe if you keep seeing repeating numbers. It’s a type of unique synchronicity that has a grand meaning beyond our understanding.

As we said earlier, the universe works in mysterious ways. It’s not always possible to keep up with the changing tides and ever-evolving energy wavelengths. But when the pieces fall in place, and your energy aligns with the universe, it’s kismet!

Being aligned with the universe simply means that you’re exactly where you’re supposed to be. You’re following the divine plan, and your actions are precisely what the universe had in mind. Ultimately, you’re following your fate and are on the right path to your destiny.

Consider yourself lucky. This alignment may not be permanent, but it’s something that many people strive to do. The fact that you stumbled upon it is beautiful. Don’t be afraid to relish the moment!

Aside from constantly seeing repeating numbers, you might notice other strange coincidences as you tune into the universe’s radiant energy. Many spiritualists say that alignment helps you manifest your destiny. Things fall into place, and all your wishes and intentions come true.

Some even say that it encourages you to live in the moment and choose happiness. Overall, your moon might elevate as you continue to see repeating numbers and odd patterns that make you pay attention.

Take this opportunity to go outside your comfort zone. Make the changes you’ve been putting off and try new things. Because you’re so aligned with the universe, your chances of succeeding are much greater.

Use this time to improve yourself. The cosmic forces are working in your favor!

Or, maybe you learned a new word and started hearing it or finding opportunities to use it in everyday conversations.

This phenomenon is quite common, and many people chalk it up to the Reticular Activating System (RAS). The RAS is a bundle of nerves at the brainstem. It connects the spinal cord to the cerebrum and cerebellum.

We won’t get into the scientific details here. The human brain is super complex and difficult to understand. But the easiest way to look at the RAS is to understand its core function. It mediates your overall level of consciousness and filters information.

Your eyes see tons of things throughout the day. Your senses collect a slew of data, and you’re constantly experiencing new stimuli every second of the day. But of course, you don’t need all of that information to stick out in your mind.

That’s where the RAS comes in. This bundle of nerves filters out important information and ditches the rest. It figures out what’s significant and worth noticing.

When you keep seeing repeating numbers, it could potentially be your RAS at work. Maybe you saw a pattern earlier in the day. For example, you could have seen 11:11 on your phone.

After seeing that and taking note of the coincidence, you essentially program your RAS to mark other patterns as they come up. That’s why you keep seeing those repeating numbers. They were always there, but your mind is now fine-tuned to spot them!

Why Do You Keep Seeing Repeating Numbers On The Clock?

Clocks are one of the most common places where people keep seeing repeating numbers. It doesn’t matter whether it’s on your smartphone, watch, or bedside alarm clock. Those instances always stand out.

The clocks you use every day only have so many possible number combinations. Of course, you have more possibilities if you use a 24-hour clock over a 12-hour clock. But either way, number patterns on clocks are hard to miss.

So, what do they mean?

Generally, repeating numbers on clocks could have any of the meanings discussed earlier. They could be a message from your guardians, a sign that you’re aligned with the universe, or simply your brain identifying patterns.

However, it could also signify definite manifestation and big things to come. Numerologists and spiritualists believe that the connection between time, space, and universal alignment is crucial. There’s no better way to represent those connections than through a clock.

For this reason, it could mean that something major is headed your way if you keep seeing repeating numbers on a clock. That could be a life-changing opportunity or a chance to evolve and grow. Whatever the case might be, take the sightings as an opportunity to prepare and accept fate.

What Should You Do When You Keep Seeing Repeating Numbers?

You’re bound to see numerical patterns and repeating numbers from time to time. But not every instance has a significant meaning.

When you keep seeing repeating numbers, the best thing you can do is look into common interpretations. There are many well-defined angel numbers. Not only that, but numerology gives us insight into what individual digits mean, making it easy to decipher hidden messages.

The key is to figure out how common meanings apply to your life. Everyone’s journey is different, so the same repeating number could mean one thing to you and another to someone else.

Look into repeated number sightings and do some self-reflection. Think long as hard about how those numbers connect to your life and what their potential meanings could represent for you.

Now that you know some of the meanings behind why you keep seeing repeating numbers, it’s time to narrow them down!

If you’re still a bit unsure, we’re more than happy to help. Send over a message with your situation and we’ll give you some advice.

Mila Day
Mila has always been curious about spirituality and interpreting in the world around her. After a pivotal trip to Asia she founded Journeys Of Life to share her knowledge with others.
Previous Article

Understanding The Meaning Of Cawing Crows: A Simple Guide 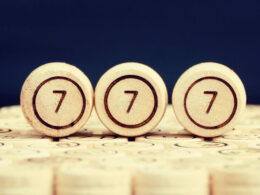 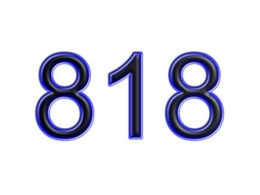 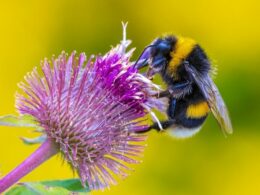 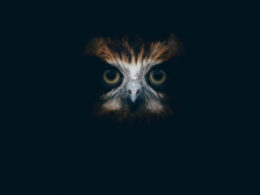 Are Owls Good Luck Or Bad Luck? An In-Depth Guide